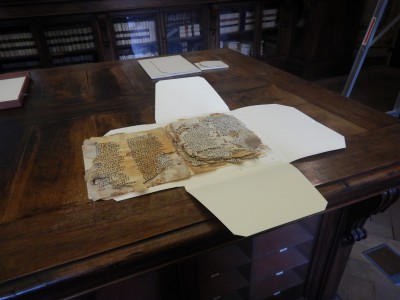 On May 16, 2018, Paola Buzi, Agostino Soldati, Tito Orlandi and Rosario Pintaudi have examined numerous Coptic parchment leaves preserved at the Biblioteca Corsiniana (Rome), that, for various reasons, had excaped the attention of scholars.

These manuscripts, which are to be added to those studied by Guidi and Teza, will be restored and published as soon as possible.

It is an important 'discovery' for Coptic Studies in general and for the work of "PAThs" in particular.